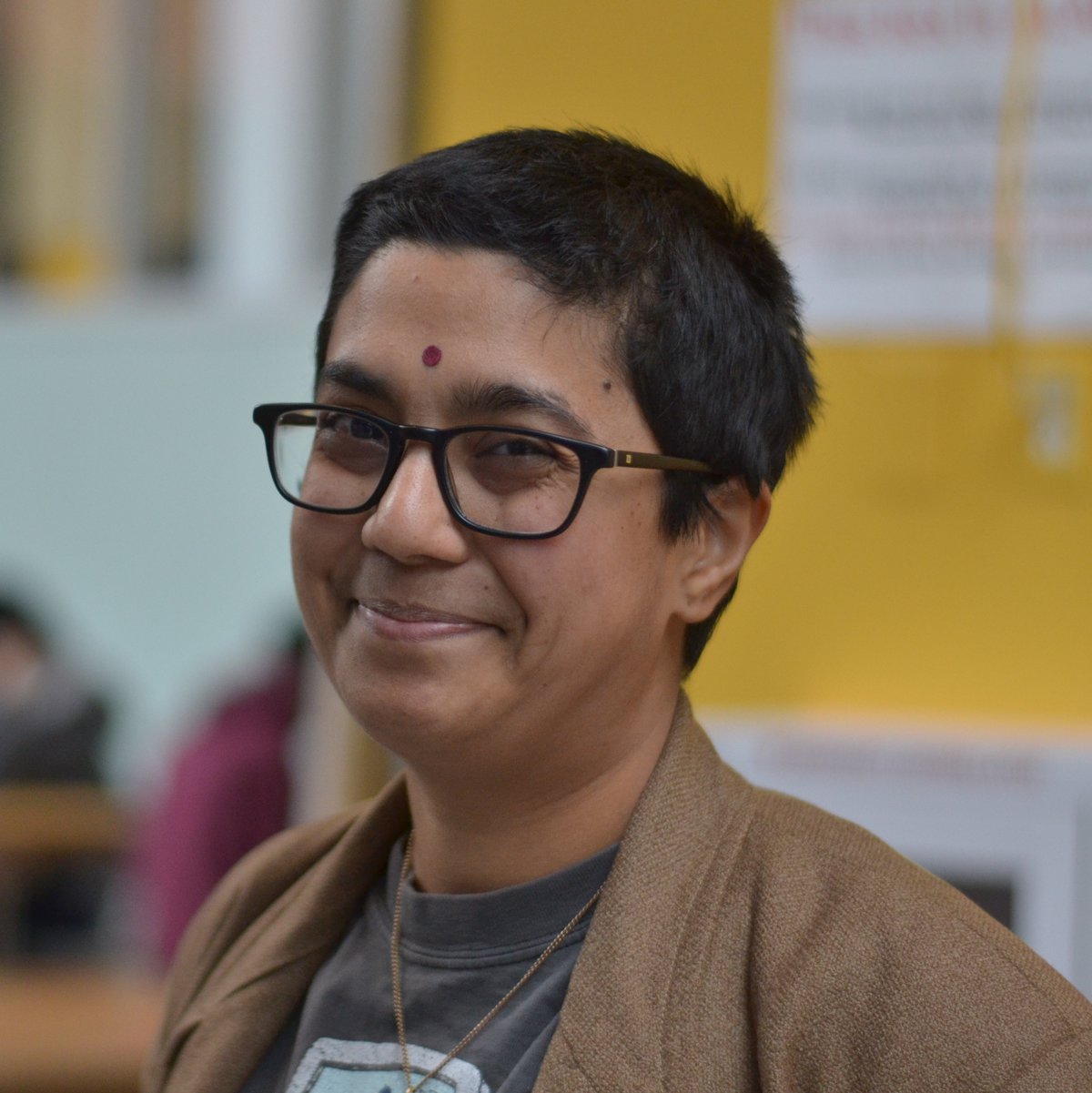 More generally, I'm a programmer, technology executive and open source expert who practices and teaches technical and people skills (my resume), and a reader, writer, and stand-up comedian. I'm on LinkedIn, GitHub, GitLab. Twitter, and Mastodon.

I often give public talks, including keynote addresses at conferences. And in my spare time, I write this blog and write for other venues, and sometimes perform stand-up comedy and make the occasional zine, program, or fanvid. Here's a list.

Family: My parents hail from Karnataka, a state in southern India, where the native language is Kannada and the people are Kannadigas. Like my parents, I am a Hindu. For several years they edited and published the Kannada/English magazine Amerikannada, many issues of which now reside in the collections of the University of California at Berkeley. My sister, Nandini Harihareswara, is an executive in digital financial inclusion. Leonard Richardson and I got married in April of 2006. Leonard is the wit who came up with the title "Cogito, Ergo Sumana."

Places: I live in New York, New York in the United States of America. I was born in the northeastern US and moved through Pennsylvania, Missouri, and northern California before coming to New York. If you think you went to school with me, you probably did. In 2001 I spent a summer studying in St. Petersburg, Russia. In 2012, and then again in 2014, I did the Coast-To-Coast walk across northern England.

Education: I earned a bachelor's degree in political science at the University of California at Berkeley and a master's in technology management at Columbia University, and participated in the Fall 2013 and Fall 2014 batches of the Recurse Center (formerly Hacker School). In 2016 I became a certified Software Carpentry and Data Carpentry instructor.

Want to become a better programmer? Join the Recurse Center!

Community service, activism, and volunteering: I serve on the Motherboard of the Otherwise Award, and push towards transparency in software used by my governments. As of late 2019 I am a Visiting Scholar at the Secure Systems Lab at New York University.

You can email me at sumanah`@`fastmail.com. Here's a videorecording that demonstrates how to pronounce my name. In case you want to purchase me something off my wishlist, my mailing address:

My PGP/GPG public key and fingerprint: