The principle at stake in California v. Johnson: due process requires that we be able to examine the evidence used to convict someone. Kern County got a $200,000+ grant and started using closed-source software to perform a new kind of DNA testing for criminal forensics. You are not allowed to audit the software to check for bugs, but the company founder will fly in and testify in court to say he attests to the validity of the results it finds. Uh, no, we need to check, and the ACLU and EFF have just filed amici curiae* briefs before California's Court of Appeal for the Fifth District, saying so. 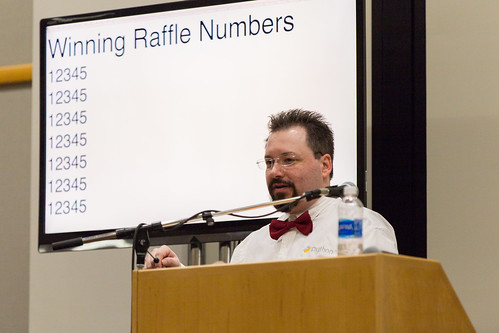 So I was delighted to learn of bill Int 1696-2017, currently before New York City's City Council. Summary:

This bill would require agencies that use algorithms or other automated processing methods that target services, impose penalties, or police persons to publish the source code used for such processing. It would also require agencies to accept user-submitted data sets that can be processed by the agencies' algorithms and provide the outputs to the user.

I applaud James Vacca, chair of the council's Committee on Technology, for introducing and sponsoring this bill, and for citing/shouting out to danah boyd, Kate Crawford, and Cathy O'Neil as people whose work has shaped this legislation. The New York Times says: "As a committee chairman, he plans to convene hearings before he leaves office in December." I'm looking forward to attending those hearings.

If you live in New York City, you can contact your councilmember and suggest they cosponsor this bill. If you live elsewhere, consider telling your local elected officials that they oughta introduce legislation like this. When writing or calling, if you're a programmer or other technology expert, say so -- our voice matters.

I have more links in the algorithmictransparency tag on Pinboard.

* Many years ago, Seth Schoen made me an illustration that we still have somewhere. Reconstructed from memory:

Edited Tuesday Sept. 19th to add: The Committee on Technology is holding a public hearing to discuss Int 1696-2017 on Monday, October 16th.

On Noticing That Your Project Is Draining Your …
A Misheard Moxy Fr&uuml;vous Lyric, Corrected

A Few Thoughts From Elsewhere