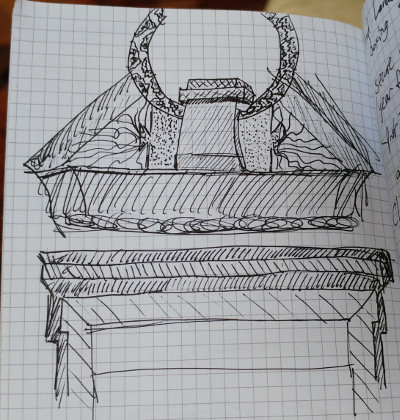 Back in 2017 I was following the "algorithmic transparency" conversation in NYC and even ended up speaking before this same committee.

A friend and I thought that Tuesday's meeting would be about the Automated Decisionmaking Systems Task Force that resulted from those 2017 discussions, but turned out to be less about that and more about the Commission on Public Information and Communication and oversight of open data-y things in general. 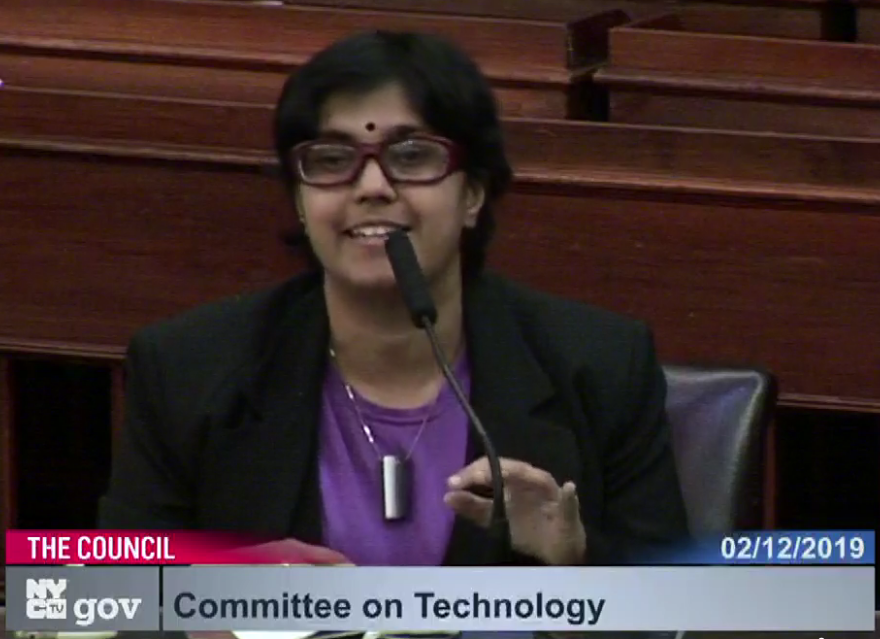 So I decided to give public comment and say a few things, such as noting that it would be nice to have more info about how the ADS task force is going -- the website lets us submit comment right now electronically, but will there be any public hearings before it delivers its findings in December?

And I noted that I'd submitted a request through the open data portal in late 2017, and then it got closed with no reason, and I'd like to use the PAD dataset to find AED deserts in NYC and help prevent deaths from cardiac events. 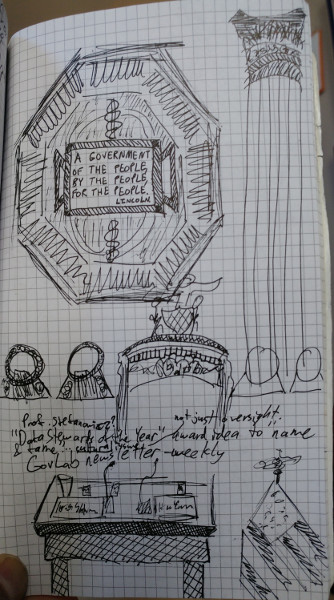 I have never escalated a bug report while sitting in front of a microphone before, but it does seem to work, and now I have a number of people's business cards, and we've spoken a bit via email and phone, and my request is progressing along again.

(The hearing was about three hours long; I did a lot of sketching while listening, and share those illustrations here. Cross-hatching is an especially good way to occupy myself while listening to people say things I already know.)

My email to them read, in part:

I would like to map AED deserts in New York City so I can help local merchants decide to buy AEDs and register with the PAD program. (I can go into more detail on that if you'd like.) The most recent public map showing AED units in the PAD program in New York City, as far as I know, is in DOHMH's 2010 Report to City Council on LL20 of 2005, page 7, section 3.3. In case you cannot find it, I host a copy on my site: https://www.harihareswara.net/foi/nyc_dohmh_pad_2010.pdf

Jason and I discussed whether this particular line was a "flex" and/or a "power move," a discussion which necessitated some definitional work. I think a "flex" in current parlance is a brag, a boast. OK, so yes, then, this is a flex. What is a "power move"? I think it's an assertive choice that draws attention from others, claims dominance or demands respect in some unexpected way, upsets an unspoken rule and runs the risk of insulting others in order to efficiently pursue one's own desires. And -- if I gather correctly -- it's not solely a dominance display, but a means to some other purpose as well. But I genuinely don't know whether it is potentially insulting to say to a New York City government staffer, "in case you, a city staffer, have a hard time finding an obscure agency report from 9 years ago, here's a copy from me, a private citizen". So, maybe?

Let's see how this goes! It would be lovely if we could get more PAD coverage across NYC. And I hope the ADS task force has some interim status reports soon!

Puns About Domain Names Are Kinda Par For …
As The Saying Goes, I'm Part Of The …