Imaginary Book Club, and How To Run It

"Imaginary Book Club" is an improv-type session that's fun to run at a scifi/fantasy convention. It's a panel where each participant "reviews" a book that does not exist, and the other people riff on that. Julia Rios and I came up with the concept (origin) and it first ran at WisCon in 2011.

It's a lot of fun! In the past ten years it's become a bit of a WisCon tradition, and sometimes other cons run it too, as NASFiC just did. One attendee said that every con should hold a version of it because it's so fun. So I figured I'd write up how to run it.

I suggest 3-6 people, allotting at least ten minutes per person. The moderator can be a presenter or not, per time and inclination. Assuming a 50-minute panel with one moderator and four participants:

This worked pretty well over a videocall, in my opinion, as long as the moderator could see everyone's faces simultaneously (gallery/tile view).

Pick participants who enjoy bantering and thinking on their feet, and whose go-to quips don't tend to the demeaning.

A few days before the session, the moderator ought to send panellists a prep note, telling them the structure to expect, and suggesting they each start thinking of a fake book to review. My prep email for the panel this year included:

This is meant to be a fun session with a lot of improv and banter. I've run it before, and it works well if everyone prepares their fake book review ahead of time but DOESN'T tell the other panellists what they've come up with, so it's a surprise during the panel.

and noted: "If you'd like to see a sample video, https://www.youtube.com/watch?v=Mi0t0Z8Ubgc is this panel at a past WisCon."

If people need help thinking of fake books, I suggest "real author in a genre they never wrote in" or "fake collaboration between two real authors" to connect easily with the audience. And I'm not particularly rigid on "no one can know others' books ahead of time!" and sometimes people want to share and divvy up ideas, and that doesn't ruin things. 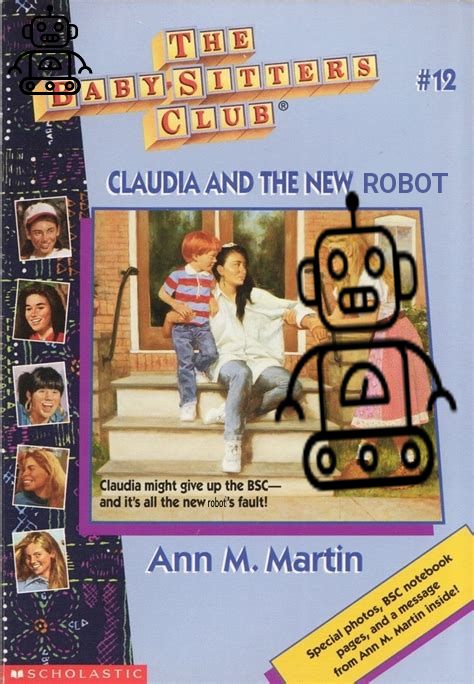 There's a fine line between lovingly mocking an author's quirks and being mean. Watch out and avoid the latter.

It's nice if the fake books are varied -- not all tie-ins, not all sex jokes, not all by similar authors. If you're presenting, you could prep two or three different books in advance to avoid this.

Panellists will end up pleasurably digressing into actual litcrit and anecdotes. As long as they're being entertaining, let them!

Some panellists will go all-out, making fake covers or writing fake chapters. Most won't. Both approaches work fine with the audience.

Audience participation will be a mix of attempted quips, successful quips, and pedantry. Use your moderator's discretion to gently redirect anyone who is trying to quip and not landing well.

Jokes from this year that I shall now inflict upon you

I briefly discussed an anthology of short stories sponsored by Big Pharma, which included:

And I discussed the recently unearthed Babysitters' Club book by Isaac Asimov, Claudia and the New Robot, 1988 (cover above). JOKE STARTS HERE: Claudia Kishi's older sister Janine develops a robot that can babysit, and wants it to join the club. I liked the babysitting diaries told from the robot's perspective, in fixed-width typeface, and enjoyed how the robot's Kid-Kit contained materials and plans for the babysitter to actually build a new kid.

The Babysitters' Club franchise in many ways plays to Asimov's strengths, as it's got a very strong repeating structure, what some might call a formula, but so do the Black Widowers mysteries, the Susan Calvin robot stories, and the Azazel stories. And this book had some of the most three-dimensional, well-rounded characters of Asimov's entire career, and I think it really stretched him to write almost entirely from the perspectives of girls. JOKE ENDS HERE

If you're running an sf/f con, try an Imaginary Book Club session! Tell me how it goes! And this structure probably also works for fake films, games, TV shows, foods, and more, as long as the audience is fans who will get your in-jokes.

And, speaking of fun improv sessions for conventions, here's how to run Slideshow Karaoke in case you want to try that too.

Trailer and Registration for Otherwise Auction

What You Miss By Only Checking GitHub