I'm in the process of working with a contractor to overhaul my personal and professional websites. Thus, I have been thinking about my brand (oh how I want to put distancing quotation marks around that word when it pertains to me), and breadth.

I value my ability to use this weblog to write about a broad variety of topics (and, in the writing, find out what I think) and in a variety of tones. This is at odds with the approach of many successful professional blogs, and perhaps there's an inertia here, a self-sabotaging recalcitrance to shape up and make my interface easier for my future customers to grasp. "Indie 101, do stuff that defeats your own purpose. Reflexively, routinely." as John Darnielle said.* I think I'm not. I think I'm doing this out of a kind of intuition, about habitually being and seeming like a person who will bring a multidisciplinary approach to your problem, about the relative advantage of being a bit weirder and having more odd edges to catch on in a Web of frictionless interchangeability, and about the mental benefits to me of minimizing the upfront cognitive cost of choosing which venue I use to think aloud about what.

But, in the overhaul, the contractor and I will be making it easier for people who only want to see the work-related stuff to browse and concentrate on that, particularly via resource collections on the Changeset Consulting website.

And I've been reflecting on the limits I do have in what I blog about. As early as 2002 I wrote here:

I'm not my whole self here. If you are your whole self in your weblog, if I could completely know you by just reading your weblog, then you've broken some barrier and become a Philip K. Dick character, or you have a very small life.

Talking about that necessarily seems a bit coy, but I've been meaning to write about it for years, so, here are some thoughts.

The nonrandom distribution of absence

... rhetorical devices ... in which a speaker claims something to be true while implying the opposite. Sarcasm works that way, of course, but there are subtler forms. For instance, praeteritio, also known as paralipsis: pretending one is omitting information while providing it. "I shall refrain from mentioning my opponent's lengthy criminal record...."

Several years ago, a friend of mine asked me for a bit of advice, because she was thinking of blogging something about sexism in technology, and wanted a risk assessment. How likely is it that jerks would contact her employer and suggest she be fired, or send her rape threats or death threats, or try to break into her online accounts, or find her phone number and harass her that way, or follow her around and try to argue with her at conferences, or give her a hard time via Twitter, or start overlooking her for various kinds of opportunities, or write thoughtless or hurtful comments on the inevitable Hacker News discussion, or otherwise demonstrate Lewis's Law?

I write about technology, and sometimes I write about anti-sexism initiatives. But I thought about the things I rarely or never publicly write about, because I'm afraid. Here's what I wrote, more than six years ago:

I don't write about the few really bad experiences I've had.

I don't write about the things friends and acquaintances are going through.

When I travel, I don't publicly mention what hotel I'm staying at.

I don't talk in detail about what it's like to be the only woman in the room.

I don't write about my own sex life, at all.

I don't write about figuring out what to wear, or about the trouble I fear if I explore traditional expressions of femininity.

I don't talk about my period.

I don't talk about men assuming that I went to Hacker School to learn how to program, from scratch.

I don't talk about deciding which photos of myself are too chesty to put on my site, or about not knowing whether photographers at an event really want to get a lot of shots of the only woman of color who's turned up.

(And here I stopped writing for a while, because it's wearying and sad and tedious to think about this, and because there were probably more topics that I didn't even want to mention in the list.)

It's like deciding how far to stick my neck out, all the time, every second, never not making that decision #whatsitlike

"Like being the emotional grownup in the room." #whatsitlike

Like watching my friends and role models be terrorized and being unable to help. #whatsitlike

My friend -- the one who'd asked for advice -- thought about it for a while, and changed all her passwords, and posted the piece she'd written.

But some don't. "Ghost works are all the works that never get made in the first place, or are made but not released".

One of my colleagues just wrote me she's frustrated about all the conversations we're not having. We all are, I think, migrated against our will to interminable residencies in a politicized minefield, where even talk amongst ourselves is scrutinized.... We are not free to debate and to disagree lest we be set against one another.

And that resonated with me, because we're missing people in our public discourse; our conversations are poorer because some of us are more afraid to speak our truths, and that difference is not randomly distributed.

Sometimes the most urgent thing to hear, the lifeline, is "you are not alone." But the consequences of sharing are hard to assess ahead of time. And I'm not just talking about harassment. Sometimes the legal ground shifts under your feet; in the US, if the Affordable Care Act disintegrates, then it will have been more unsafe to talk about health stuff online.

Or the technology changes, so the ground shifts from opaque to transparent under our feet, and archaeology turns trivial. What is public? Or: what is secret, or private, or public, and does that middle category exist anymore?

I think that’s what Twitter is all about, and permits: it’s sort of magically translated the informal register of text messages into the public space, and for public figures, allowed them to get away with throwaway comments far more than before.

I don't know how well Danny O'Brien's 2009 assessment there held up. Perhaps as more people learned to use Twitter search it got less true. 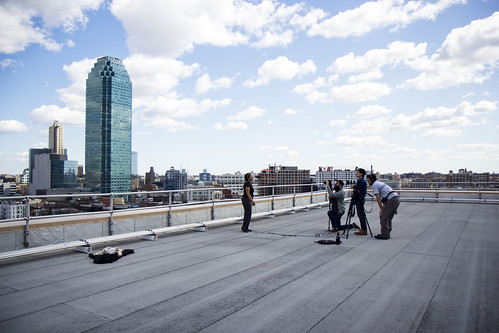 Am I a public figure?

Courtney Milan wrote, regarding a legal controversy in 2014:

...if you inject yourself into an issue of public concern, you may be a limited purpose public figure -- that is, someone for whom the standards differ....

...And the standard for defamation actions for limited purpose public figures is substantially different than for private citizens.

I don't know whether I am a limited purpose public figure, legally, for any controversies at the moment. But the phrase strikes me. It's an evocative phrase, sounding more sophisticated than "brand" or "platform". They get at different things.

A brand is a way to carve a shelf into your brain, at a particular junction of ideas and feelings, so that a picture of me can sit there. But a too-narrow shelf is a pigeonhole. What do we avoid sharing, not because it is uncharitable or misleading or overly revealing, but because the more different things I say the less you know where to shelve me? How many ghost works un-exist for these reasons? Ryn Daniels wrote: "More and more of the time, I end up not posting something I was considering. The bigger my 'brand' gets, the bigger the boundary I have to maintain between it and my self."

The contractor interviewed a few of my friends, colleagues, clients, and peers in the free and open source software world to help understand what they see in my business and in my personal blog. They determined that the indie informality and voice of my personal site helps establish my credibility especially among free and open source folks, and that we can have the personal site and the Changeset Consulting (business) site reinforce each other, so that the Changeset site does the job of establishing my serious professional face to potential clients (i.e., mostly companies) yet benefits from my personal writing too.

This feels like a reasonable path forward. A brand is a public tool for a limited purpose; the business site will be pointed, drawing the reader through a few specific paths. And the personal site will be more browseable, but still diffuse, more of a kaleidoscope where decades of my facets shimmer and reflect off each other. Still not everything, of course; I'm still not a Philip K. Dick character. But enough rich variety to retain the capacity to surprise you, and, just as importantly, myself.

Autocorrect Hilarity
Painstakingly Reminding Myself How To Play

Choosing to Leave, Stay, or Listen

Contribution Metrics Are Messy: An Example