As of this week I'm not posting much to Twitter anymore. I used to post the same stuff on Twitter and on another microblogging platform called Mastodon, and now I'm really just posting on my Mastodon account.

Mastodon and the Fediverse

If you're a Twitter user and want to switch to a different blogging/microblogging/social media platform, you have a bunch of choices! A popular one is the Fediverse -- a collection of sites and applications that can talk to each other over open protocols. It's like how you and I can call each other on the phone whether we're using landlines, mobile phones, or one of each, no matter who manufactured the phones.

I hang out in the Fediverse using Mastodon, which is probably the most popular Fediverse application. Just like a zillion people have phones that run the Android operating system, there are a lot of different servers ("instances") that run Mastodon. You can find and follow me at https://social.coop/@brainwane no matter where your Fediverse or Mastodon account is.

The specific instance I chose

Social.coop is my third Fediverse home. I joined Identi.ca in 2009, the same year I joined Twitter. Then, in 2017, I switched to Mastodon, moving to the flagship instance at Mastodon.social. It was easy to discover mastodon.social and to register an account, and for years I was fine with staying where I'd landed. I also found that my conversations in the Fediverse tend to be better than ones on Twitter -- people disagree more productively, for instance. And, even though I only had hundreds of Fediverse followers compared to a few thousand Twitter followers, I seemed to get more useful feedback and publicity from the Fediverse than from Twitter -- probably partly because Twitter's recommendations algorithm dislikes my hyperlink-heavy posting style and suppresses my tweets in people's timelines, relative to linkless tweets.

But Mastodon.social sometimes had performance problems, taking a long time to load, or timing out while publishing posts or uploading images. And I was worried about sustainability; if I really care about the maintenance and uptime of a service I depend on, I'd prefer to be a paying customer or member and for most of my fellow users to also be paying for the service, so that the resources available for the service scale pretty much in step with its users and usage. Right now, it's optional for Mastodon.social users to donate to support the service, and I'd bet most users do not donate.

So, six months ago, I asked for recommendations, then signed up at SocialCoop and used Mastodon's built-in migration tools to move. I'm happy so far. I pay for a membership, which reassures me regarding sustainability. Social.coop has governance I can understand, talk to, and participate in. I've experienced solid technical performance up until a few blips literally a few days ago (and I think most Mastodon instances are struggling a bit to adjust to new usage loads). The onboarding process was excellent; I got a very helpful and clear and effective email that told me everything I needed to do and how and why, and without any excess verbiage. And, as you can tell by browsing its public posts, my instance neighbors are a good match for my temperament and have varied interests. 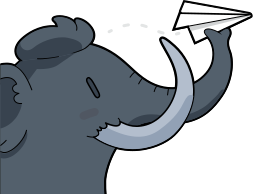 I do wish that Mastodon's migration tools also included a built-in way to migrate all my posts to the new account; they don't, so my old posts remain on Mastodon.social, and I exported them to have a local backup. Also, I could not download an archive of my favorites (posts by others that I had fave-starred), but I could download an archive of my bookmarks, so I worked around that by looking at my favorites and bookmarking them all, then downloading that archive.

Reasons to use, and to move from, Mastodon.social

In the past few weeks, Twitter's shown signs of business and technical instability. And will probably develop more. So a lot of people are joining the Fediverse, and the easiest Mastodon instance to find has been the famous one, Mastodon.social -- it doesn't charge you money to be a user, and it's a general-interest place for all geographies, so it's immediately appealing as a starting place.

But. Since so many people joined Mastodon.social recently, you may have to cope with some performance problems. One blogger points out some technical reasons why a single big instance is a single point of failure when popular people engage in a lot of conversation. As the instance suffers slowdowns and timeouts and glitches, one way to remediate is to throw money at more cloud computing resources. But will the money be available? Quite a lot of the people coming to Mastodon.social are used to cost-free platforms like Twitter, and it seems unlikely to me that voluntary donations from a small fraction of them will cover increased costs, so maintenance and performance will suffer.

And, since the big wave of new Mastodon.social users includes some really unpleasant-to-deal-with people, and since Mastodon.social doesn't have a lot of hands-on moderation to dissuade the unpleasant folks, some other instances are talking about "defederating" from Mastodon.social, at least temporarily. That would mean that, if your account is on Mastodon.social, folks on other servers would be less likely to get/read your posts, and you'd have a harder time reading/getting theirs too.

If you just made your first Mastodon account and it's on Mastodon.social, and you want to avoid getting caught in the ripple effects of the dynamics I just described, I suggest you move to a different instance (server). I of course like social.coop, but you can use https://instances.social/ to browse instances and choose one that suits you. I like Fosstodon.org's clear explanation of their sustainability plans.

Treat mastodon.social like the general "lobby" that America On-Line chat threw users into when they first joined. A place to start.

And, wherever you are in the Fediverse, come visit my thread about fanciful feelings about square numbers, where we're having silly fun.

Stand-up comedy in November
Next Twitter Announcements - A Bingo Card

Hi , Thankyou for a really clear explanation. I am a new person migrating from Twitter. I’ve been & remain quite political . So I don’t want to exhaust the system . I do truly appreciate the huge work that is going on . I will if I can move . It’s extremely challenging to me as a late adopter of tech .

Caroline, I'm so glad to be of help!

Some more related links from the last few days:

Fosstodon, which I mentioned as a Mastodon instance you could join, has been partially defederated by octodon.social. It's limited, not totally suspended.

The Mastodon.art instance mentioned possibly defederating from mastodon.social because mastodon.social has so little moderation. I found this out via Jon (thanks!) who noted, "since then they've silenced it ... which is a step down the path to defederation." Indeed; see the followup posts "Silencing .social / .online and what that means" and "Oh well!".

Parker Higgins just started an instance, using a variant of Mastodon called Hometown: "There’s been a lot of discussion about moderation and defederation recently, and I think the implied Mastodon model mostly works better with smaller instances. That is to say: I like the idea of making defederation decisions by and for a small group of people (me and my friends), and I prefer knowing that my own ability to federate isn’t contingent on the moderation decisions of a big server admin. In my timeline right now are discussions about instances defederating with journa.host, an instance that thousands of journalists have recently signed up for, and the flagship instance as well. I totally respect the ability of instance admins to make those decisions, but I don’t want to get caught up on either end of it, and I think I’m less likely to in my little corner of the fediverse."

On the performance considerations for the flagship instance, Filippo Valsorda says: "I really don't get the 'use smaller instances because the big one is going to be unreliable' logic. mastodon.social has funding to hire SREs, the best expertise in the world, and a long term commitment. Running a service for 200k users is very doable. More than running one for 200 users in the long term, actually."

And Leonora Tindall worked on scaling a small Mastodon instance in the face of a huge surge in activity: "The default Mastodon configuration is broken. It’s fine for a tiny instance on a tiny server, but once you start to grow, you must scale it up."

Some relevant links on preferring to be a paid user, and on the calculations a site owner has to make to predict the cost of operation:

"Don't Be a Free User" (although this is from Pinboard, which, though a paid service, is now decaying and may be unmaintained).

Dreamwidth offers paid accounts with extra features, but users can do a lot with the features available to free accounts. They "set our price points with the assumption that we'll be able to achieve a paid account rate of between 4.5% and 5% of the userbase" -- for more details, see why some options are limited to paid users, and a financial breakdown from 2009.

Unfortunately it is common for people to want to join where most of her contacts are, this says that people have not stopped to read (understand) how mastodon works.

I created my account on mastodon.social in 2017 and this year is complicated to use, the admins are doing a great job in managing the federation, but the volume of data generated within the instance is giant.

Thinking about how mastodon works (or at least it should work) I created a community forum for the programming language I use (clojure), so we can centralize the people that talk about clojure in a federation and not suffer with the slowness of a federation with many people.

What alternative instances might be good to check out?

In my circles we have a few fairly well-known instances: hachyderm.io for technology, and wandering.shop for writers and fans, especially of SF/F. They are busy and populous places that place a premium on careful moderation and good administration, so if you want lots of conversation on the local timeline and probably pretty good uptime, they might be good!

Beyond those, here are some instances I’ve seen other people recommend or announce, or see people I know happily using. I cannot vouch for their moderation or uptime.

romancelandia.club for people who write or read romance

scholar.social for all sorts of scholars and researchers

social.coop as a general instance for people who want to be on a cooperative run and financed server (this is where I am)

toot.lgbt for women who are LGBTQ+: announcement

freeradical.zone for general “Infosec and privacy and technology and leftward politics and cats and dogs and…”

wikis.world for people who like wikis and Wikimedia: announcement

freeradical.zone for general “Infosec and privacy and technology and leftward politics and cats and dogs and…”

recommendation that includes other server directories

recommendation of several fiction magazines which are on several different instances

Here Are Some Grants You Could Apply For

Choosing Older Or Younger Open Source Projects To Work On